In 2007, musician-composer Luca Proietti’s World Windows, an album featuring vocalist Valeria Nicoletta, was released by Italy’s Rai Trade. The fifteen tracks of production and soundtrack music draw inspiration from every corner of the world, including Asia, the Middle East, Africa, and Europe. The CD, produced by Stefano Torossi, is one of more than two dozen albums he did for Rai Trade in a prolific stretch from around 1998 to 2008.

In fact, besides performing, arranging, and composing, Stefano Torossi has carved out a successful career producing dozens of albums by a long list of fellow composers and musicians, including at least five full-length efforts by Luca Proietti: World Vibrations (1996) on RCA and Geoglot (1993), Urban World (2003), and WM Global Music (2004) on Rai Trade. Torossi has also produced albums for Costanza Records and Fonit Cetra among other labels.

Luca Proietti recently commented on the origin of the album: 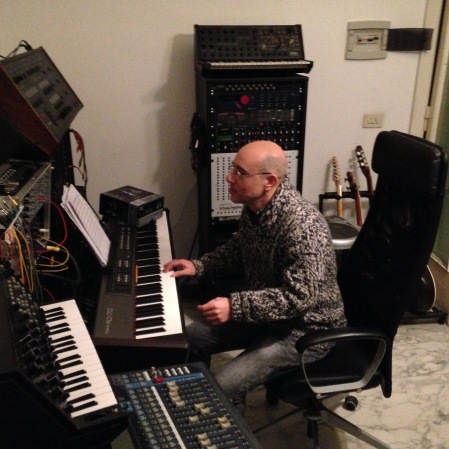 “The World Windows project is the result of a collaboration with the incredibly talented vocalist Valeria Nicoletta. We both had made albums with Rai Trade before and Stefano proposed to do something together. “

We have a common friend, the television director Giovanni Brusatori; he directed a video, a documentary on the site Capocolonna (kr Calabria), where I sang one of my ethnic compositions. Stefano contacted me after seeing my video.

More Music from the Artists

In 2011, Luca Proietti, Valeria Nicoletta, and Stefano Torossi returned to the studio for Vocal Emotions, an album released by Flippermusic’s Deneb Records.

Almost since its release, various tracks from Vocal Emotions have been licensed for used in films, including Assassin’s Bullet, a 2012 film starring Christian Slater and Donald Sutherland, and numerous compilations albums released in 2013, 2014, and 2015.

Various Artists – Pop to the Top: Fresh Dynamic Songs to Get in a Positive Mood (2015) ExtraBall Records

For example, “Stroboscope” is on Pop to the Top: Fresh Dynamic Songs to Get in a Positive Mood (2015) by ExtraBall Records, a digital album released in February, and “Dance tarantella” is on the April collection Music for Cooking: Delicious Recipes To Surprise, Vol. 1 – La Pizza Italiana (2015), released on Lounge Music Cocktail.

At the moment, none of the audio files are available on SoundCloud, however six tracks including “Dance Tarantella,” “Vocal Emotions,” “Ave Maria,” “Italian Lullaby,” “Exotic Sahara,” and “Celtic Melody” are found at Nicoletta’s MySpace site. It also includes another pair of album cuts from World Windows, “Natai” and “Davul.”

“Mira il tuo popolo,” an alternative version of “Ave Maria,” performed by Valeria and Tina Nicoletta is on YouTube:

In 2013, Luca Proietti released Arcadia on the GDM label. Available as a digital download, the full album can also be heard at SoundCloud. 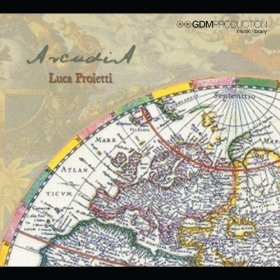 An audio file of Luca Proietti’s “Deserto blanco” is on SoundCloud:

More music and videos by Luca Proietti are located in an exclusive interview HERE.

This week Valeria Nicoletta uploaded a live clip to YouTube from rehearsals of the Dark Side Of The Moon album cut “The Great Gig In The Sky.” The Pink Floyd original composition was recorded on 17 October 2014, featuring Damiano Pavia on keyboards, Piero Pavia on drums, Fabio Campo on bass, Roberto Marini and Roberto Sbriccoli on guitar, and Stefano Auteri and Nicoletta on vocals:

More music and videos by Valeria Nicoletta are located in an exclusive interview HERE.