In 1996, Claudio Gizzi made Musica per commenti sonori: Elicottero (Panoramiche dall’aria) for Italy’s Costanza Records, produced by Stefano Torossi. The album of instrumental production music featuring fourteen compositions by Claudio Gizzi was reissued in the final weeks of 2014 under the title Great Images: Nature – Documentary – Electronica, the latest full length album of music composed or produced by Torossi on Deneb Records, a Flipper Music imprint. 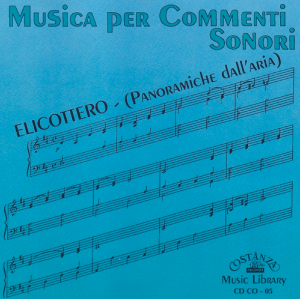 At the moment, it appears none of these five vinyl LPs have yet to be reissued in digital format, although Fonit Cetra and Beat Records’ 1992 compilation CD Past, Present, Future contained all of the Work Music Library compositions found on the 1989 LP.

They have also appeared together on at least four collections in Fonit Cetra and Rai Trade’s joint Commenti musicali series between 1989 and 1993, in addition to more than half a dozen albums for Primrose Music.

The latter Primrose output includes seventeen tracks spread across a trio of this correspondent’s favorite titles from the Flippermusic family of labels: Special Experience (1989), XXI Century (1990), and Kaleidoscope (1991), each originally released in CD and now available as a digital download from major music retailers including iTunes and Amazon.

Stay tuned for features on these Primrose Music albums and more in the near future, especially as more album cuts become available on YouTube. Among other recent projects from Claudio Gizzi and Stefano Torossi were two in 2013. Flippermusic’s Xmas Party: Alternative Version of Classical Xmas Songs has four tracks and Deneb Records’ Nature Voyager: Orchestral – Documentary – Travel features “Extreme Flight.”

In 1972, Claudio Gizzi composed music for Roman Polaski’s film Che? starring Marcello Mastroianni and Sydne Rome. However, it is through two of his next projects in the horror movie genre that Claudio Gizzi first rose to prominence.

Gizzi composed the music for two Andy Warhol films, Flesh for Frankenstein in 1973 and Blood for Dracula in 1974, directing the Unione Musicisti de Roma orchestra composed of more than sixty musicians. An in-depth look at the two high-profile productions is included in an interview with Claudio Gizzi by Marco Werba that was originally published in CinemaScore #15, 1986/87, re-posted by the Soundtrack: The Cinemascore & Soundtrack Archives website HERE.

“Frankenstein’s Theme,” composed by Claudio Gizzi, is on YouTube:

The soundtrack for Andy Warhol’s Blood for Dracula, composed by Claudio Gizzi, was reissued by Dagored in blood red colored vinyl in March 2015. 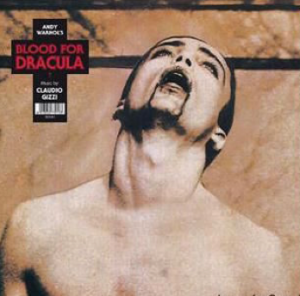 Claudio Gizzi’s title track from Blood For Dracula is on YouTube: