The rest of the album, all of side B, consists of seven compositions by Giovanni Tommaso and Stefano Torossi that first appeared on their Echoing America album for Italy’s SR Records in 1970. Tracks used on the compilation include “Harlem Jungle,” “Eastside-Westside” (originally titled “Coast To Coast),” “Fake It,” “Sixth Dimension,” “Metropolis,” “New Mexico,” and “Black Power.”

Giovanni Tommaso and Stefano Torossi’s “New Mexico” is on YouTube:

An excerpt of Dramatic Backgrounds with full versions of six tracks has recently been uploaded to SoundCloud. They include: 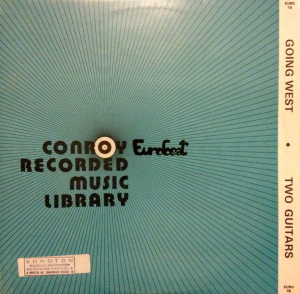 Besides the pair of Conroy Eurobeat compilations, the parent label reissued Feelings (BMLP 143) in 1976, the milestone library music album initially credited to Jay Richford and Gary Stevan that features the music of composers Sandro Brugnolini, Giancarlo Gazzani, Puccio Roelens, and Stefano Torossi and was initially released by Carosello in 1974. 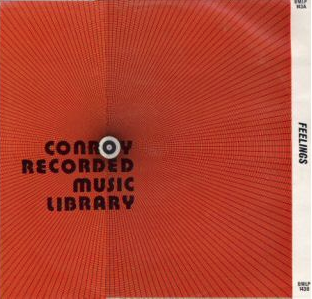 Among the various Feelings reissues, the Conroy LP is one of the most valuable. Motivated collectors can try sites like eBay and Discogs. The original vinyl of Dramatic Backgrounds, long out of print and never reissued, is even more difficult to find. On the other hand, Going West – Two Guitars can usually be had for under 50 euro.

A majority of the ten cuts from Sandro Brugnolini, Giancarlo Gazzani, Puccio Roelens, and Stefano Torossi’s Feelings can be found online including “Having Fun”:

More from the Artists

The recording output of the contributors to Conroy Eurobeat’s Dramatic Backgrounds LP is quite extensive, intersecting the genres of jazz, film soundtrack, and library music.

Oronzo “Rino” De Filippi’s extensive career in library music, whether under his own name or aliases such as “Awake”and “Gisteri,” is well documented, with classic releases on labels like Edipan, Flower, Fly, Fonit Cetra, Gemelli, Metropole Records, Pegaso, Pound Records, SR Records, and Wild Cat to name a few. In the early 1970s, he and Alessandro Alessandroni formed the experimental jazz-psychedelic rock group The Braen’s Machine. 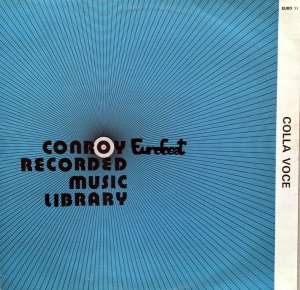 Rino De Filippi’s title track from World At Work is on YouTube:

[this video has been recently removed]

Oscar Lindok, also known as Giacomo Dell’Orso, is a composer, conductor, and producer that has released music under his own name and the alias “Lindok” or “Oscar Lindok.” Besides making albums with his own orchestra, he was a member of an obscure early 1970s group, The Fine Machine. Habitat, their 1972 funk/psychedelic rock album for Italy’s CAM features the talents of Lindok, Domenico Colarossi (better known as Nico Fidenco), and Proluton (aka Gianni Dell’Orso, brother-in-law of Giacomo Dell’Orso). The album also draws from jazz and progressive rock. 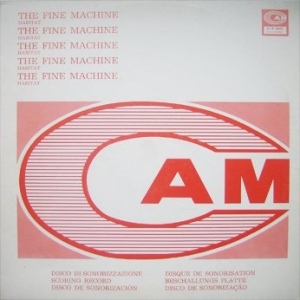 An excerpt of The Fine Machine’s Habitat that contains full versions of their “Crazy Eel,” “Shut Paranoia,” “Hand Shake,” “Raging Beat,” “Wait For Me,” “Obsessing Promenade,” and “Skin-Deep” is here:

Stay tuned for a closer look at the musical career of Giacomo Dell’Orso.

And one more track from The Fine Machine’s Habitat, “God Is Infinite,” featuring an uncredited vocalist that is most likely Giacomo’s spouse soprano Edda Dell’Orso, is on YouTube:

Composer and orchestra director Bruno Nicolai scored countless films in his prolific career, including many with old classmate Ennio Morricone. In 1971, Nicolai composed the music for the film Indio Black, a soundtrack that was issued in CD in 2001 by Italy’s GDM label.

Although again not credited, it seems Edda Dell’Orso may be the vocalist on Bruno Nicolai’s “Ready For Love,” a track that appears on the Conroy Eurobeat compilation Colla voce.

Bruno Nicolai’s “Ready For Love” is on SoundCloud:

In 1981, Walter Rizzati and Franco De Gemini composed the music for the film Quella villa accanto al cimitero (aka The House By the Cemetary). The soundtrack was released on CD in 1997 by German label Lucertola Media, bundling it with soundtracks by Fabio Frizzi and Piero Montanari.

This correspondent highly recommends this three-in-one CD of electronic soundtrack music–copies can be easily found at sites including Discogs.

The first five tracks by Rizzati and Gemini are on YouTube:

In 1972, Franco De Gemini and an uncredited Stefano Torossi composed the music for the soundtrack of the film Si puo’ fare molto con 7 donne (You Can Do A Lot With Seven Women).

A closer look at this album, initially released by Beat Records in LP and reissued by the same label in CD in 2012, and some of the amazing musical highlights of Franco De Gemini is HERE.

A live clip of Franco De Gemini playing “Once Upon A Time In The West,” an instantly recognizable tune that his original performance of the title track from Ennio Morricone’s soundtrack for the Sergio Leone film helped to immortalize, is online:

In 2013, Giovanni Tommaso and Stefano Torossi’s Echoing America album was reissued in CD, with extra tracks, by Cometa Edizioni Musicali . Rumors of a possible deluxe vinyl reissue continue to tantalize. Hopefully they will come to fruition in 2016!