In the early 1970s, Telemusica N. 1 was released, the first of five LPs of music either composed by and/or directed by Stefano Torossi for the Italian label Metropole Records.

The album features more than thirty tracks of compositions originally intended for use on radio, television, and film.

Stefano Torossi’s lively instrumental composition “Cori a casa (I vers.),” the opening track, is on YouTube:

Although no more videos seem to be available at this time, an audio file containing four tracks from Stefano Torossi’s album is currently found on SoundCloud courtesy of DJ El Topo at delirious music.

Stefano Torossi’s “Ginnastica,” “Appena in tempo,” “Cori a casa (I vers.),” and “Automobilista A” are here:

“Vela,” a cut from Telemusica N. 1, was used in Masoch Club Entertainment, a 2001 compilation from Italy’s stellar Plastic Records’ label that also features multiple tracks from Cesco Anselmo, I Marc 4, and Armando Sciascia. Issued as a CD and LP, the album is usually easy to find online–apparently this is the only track from the five full length Metropole albums from Stefano Torossi ever to be issued in CD.

It seems none of the tracks from Stefano Torossi’s Grecia!, Musica per tutte le età (SM 7011), and Ellesse presenta fantasia musicale are available either as audio files or videos online. In fact, these albums, originally intended for promotional use, are likely to have been issued in limited quantities making them true collector’s items. Ora Beat!, perhaps the best known of the five Metropole albums Torossi made, does appear at auction sites such as Discogs and eBay Worldwide now and then. 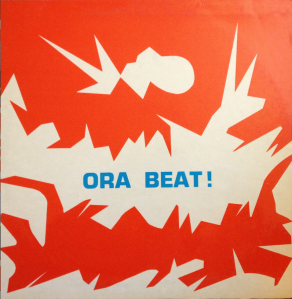 An online EP for Beppe Carta and Stefano Torossi’s Ora Beat! containing the classic compositions “Leggenda” and “Pocket” is here: