This site is happy to offer an exclusive interview with vocalist/composer Valeria Nicoletta regarding her work with music legend Stefano Torossi. In 2011 Nicoletta appeared with Luca Proietti and Stefano Torossi on their Deneb Records/Flippermusic’ release Vocal Emotions, as well as three compilations with Torossi from ExtraBall Records.

a recent photo of Valeria Nicoletta

Previously they worked together on several projects including the acclaimed 2001 Rai Trade album, Spiritual Experience, with Claudio Passavanti, Claudio Passavanti’s Fashionrama in 2003 and Luca Proietti’s World Windows in 2007.

6D: Last month, ExtraBall Records released a new compilation album, Ethno Lounge: World Music Ambiences, that features a pair of songs by you, Luca Proietti, and Stefano Torossi, “Monsoon” and “Vogue. Were these two songs composed at the same time?

An auto-generated video for Valeria Nicoletta, Luca Proietti, and Stefano Torossi’s “Vogue” is on YouTube (in most regions):

6D: What was the process: for example, you wrote one bit and then Stefano or Luca did another section?

VN: When you decide to compose a song you can start from several different points: the melody, the harmony, or you can play on a harmony that describes an atmosphere that helps you to inspire yourself in the vocals. Stefano usually starts from the idea about the piece that he wants to develop and I try to have the right time to pull out everything he wants to say to me. Luca  is the musician who, with his instruments and musical ideas, brings together Stefano (harmonies) and me (vocals).

6D: Specifically, how did “Monsoon” come about?

VN: “Monsoon” was a composition created as a challenge: to change an Italian song, a Western one, into an Indian one, about air. In fact, in the first verse of the song, you can clearly hear a Mediterranean melody yet with the addition of Indian instrumentation it has become completely different! …  On this song, I played with my voice on the harmony.

An auto-generated video for Valeria Nicoletta, Luca Proietti, and Stefano Torossi’s “Monsoon” is on YouTube (in most regions):

VN: “Vogue” is a song that starts from very deep, sad, and nostalgic feelings (digging inside myself), that gradually develops towards lighter feelings that lead to an explosion toward more positive feelings but never forgetting the past.

6D: Were all three of you at a single location? Where?

VN: We recorded the CD Vocal Emotions in Luca Proietti’s home studio. He is a good musician that records digitally (virtual instruments) and acoustically (real instruments). Depending on the situation, we work together (me, Stefano and Luca) or not. However, in the end, it has always been under the supervision of Stefano Torossi.

6D: How did this album come up? (i.e. who’s idea? who called who? driven by musicians or record company?)

VN: The idea for this album was from Stefano Torossi, and Flippermusic agreed with it.

6D: What’s your favorite song(s) on the album?

VN: My favorite songs are “Vocal Emotions” and “Celtic Melody.”

An auto-generated video for the title track from Valeria Nicoletta, Luca Proietti, and Stefano Torossi’s Vocal Emotions album is on YouTube (in most regions):

6D: Were all of the tracks co-compositions?

Regarding the first meeting with Stefano Torossi and what it is like working together.

VN: We have a common friend, the television director Giovanni Brusatori; he directed a video, a documentary on the site Capocolonna (kr Calabria), where I sang one of my ethnic compositions. Stefano contacted me after seeing my video.

6D: What was your first project?

VN: My first project with Stefano Torossi was Spiritual Experience made with the virtuoso musician Claudio Passavanti (keyboards) with whom I had a great musical feeling. I really love this production and I think that Stefano Torossi had a fantastic idea.

“Heart And Soul” from Spiritual Experience is on YouTube:

VN: My favorite tracks on Spiritual Experience are “Midnight Sun,” “Pure Crystal,” “Sea Princess,” “Night Zone,” … I think I’m in love with all the tracks on the cd 🙂

6D: How many tracks of yours has he produced besides those on Vocal Emotions and Spiritual Experience?

VN: Besides the production of Spiritual Experience and Vocal Emotions, Stefano is the producer of two other projects with my vocals: Luca Proietti’s World Windows album in 2007.

He also produced Fashionrama in 2003, a CD made with Claudio Passavanti. 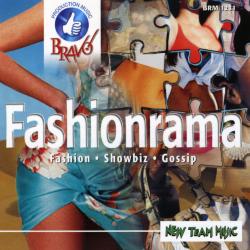 In 2009, Luca Proietti released Electro Vox: Electronic Music And Vocal Melodies on Italy’s Rai Trade label. The album features the music of Proietti and the vocals of Valeria Nicoletta. 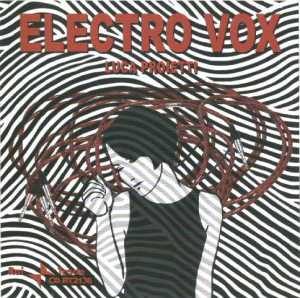 6D: Any final impressions you can share about working with Stefano Torossi?

VN: I find working with him involves the need for structure, that the music you create and hear around you is not easy to capture on a CD.

6D: Is there anything you can share about your musical plans in 2014?

VN: I have a new project I am working on called Vocalmenterelax (vocal relaxation). [Here are a few descriptions from this upcoming musical project]: ‘The charming concession … Vocalises and live music with personalized itineraries, during a complete and effective massage … sensory images, colors, natural aromatic essences and sounds that capture the five senses … the natural principle of a trip along the well-being ….’ 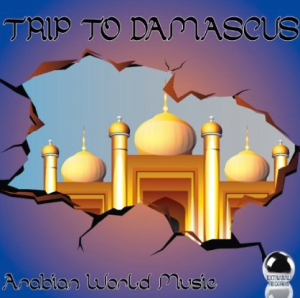 A sampler on YouTube showcases 16 tracks of the music of vocalist and composer Valeria Nicoletta, including: