In 1974, Amedeo Tommasi’s label Rotary Records released The Swingers’ Jazz Video: Musiche di Farlocco, one of three albums of music composed by Stefano Torossi and released under the alias “Farlocco” that year, including Tecnologia and Giochiamo insieme. The albums feature Amedeo Tommasi on  piano, or in the case of Tecnologia, keyboards and electronic synthesizers. 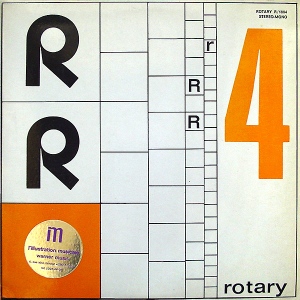 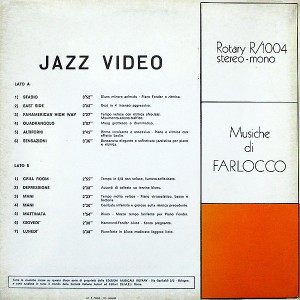 This original, hard-to-find vinyl album features an uncredited Tommasi on piano and all other instruments and has now been reissued by the United Kingdom label Arison as both a CD and download.

The Swingers’ “Stadio,” the first track on Jazz Video: Musiche di Farlocco, was composed by Farlocco (aka Stefano Torossi) and features Amedeo Tommasi on piano:

In 2007, “Stadio” was included as part of Bologna Jazz Tunes, a download-only compilation by Arison that is currently available in most markets from both Amazon and iTunes. 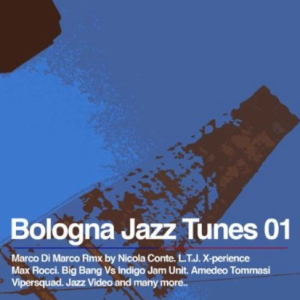 Jazz Video: Musiche di Farlocco is one of several albums Stefano Torossi made in which he was not able to use his real name due to legal restrictions common for artists in the 1960s and 1970s. In some cases, such as another album released by Stefano Torossi the same year, Feelings, this oversight is addressed in later reissues. However, that seems to be the exception as demonstrated by the recent Beat Records Company reissue of the 1972 soundtrack for Si può fare molto con sette donne that credits co-composer Franco De Gemini only.

The Swingers’ “Sensazioni,” the sixth track on Jazz Video: Musiche di Farlocco, is on YouTube, featuring Amedeo Tommasi on piano:

“Farlocco,” the pseudonym used by Stefano Torossi, is a bit of lingustic fun. Commonly translated as “fake” or “phony” in English, Stefano Torossi recently commented:

“Farlocco is always me. Who else would choose a pseudonym that means ‘simpleton’?” 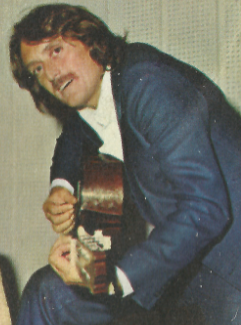 Stefano Torossi in the 1970s

Stefano Torossi’s work in this period appears under several other names as well including Jay Richford and Gary Stevan on Feelings, which some have confused as a pseudonym for Stefano Torossi but are actually aliases for two of the co-composers, Puccio Roelens and Giancarlo Gazzani, respectively. In fact, the legendary album is the genius of four composers (Sandro Brugnolini, Giancarlo Gazzani, Puccio Roelens, and Stefano Torossi) but thus far only one of the four names have appeared officially in the album credits.

The Swingers’ “Depressione,” the eight track on Jazz Video: Musiche di Farlocco composed by Farlocco (aka Stefano Torossi) and featuring Amedeo Tommasi on piano, is online: 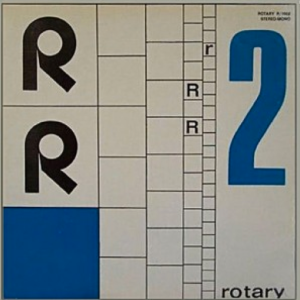 Tecnologia, the first Farlocco album featuring Stefano Torossi’s compositions, is an early example of electronica, released by Rotary (R 1002) and reissued by Arison in 2008 both as a CD and a download. In 2016, Intervallo reissued the album in vinyl and as a digital download.  Fourteen tracks include “Superpotenza,” “Distillazione,” “Forza motrice,” “Biodegradazione,” “Virus,” “Silcosi,” “Lavoro veloce,” “Pressione,” and “Geosonda.” 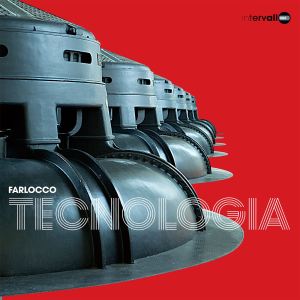 “Not only is always the pianist in all our productions but he is the one who does all the electronic set up and playing. He was in fact one of the first musicians in Italy to buy and use a Moog.”

That’s not all, either, as the founder of Rotary Records was also responsible for the original design of the iconic album cover. 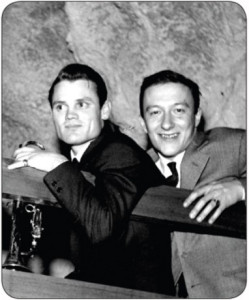 Chet Baker and Amedeo Tommasi in the 1960s (photo from Tommasi myspace.com site)

The first version of “Superpotenza,” the opening track on Tecnologia, featuring Amedeo Tommasi on synthesizers, has been uploaded to the Internet:

Besides Tecnologia (R 1002), Rotary released Giochiamo insieme the same year (R 1003). This vinyl, reissued as a digital download by Arison in 2008, is very difficult to find. The fourteen album cuts include “Mister Magoo,” “Gulliver,” “Venerdí,” “Sport,” “Storyville,” “Lunedí,” “Martedí,” “Mercoledí,” “Armadillo,” and “Palline.” As in the case of Jazz Video and Tecnologia, long-time Stefano Torossi musical collaborator Amedeo Tommasi (the two have recorded more than half a dozen albums together) recently confirmed:

“I played all the instruments on all tracks of the disc, and the other discs.”

In fact, Amedeo Tommasi played on all seven Rotary releases done at his home studio in one amazingly productive twelve-month period. 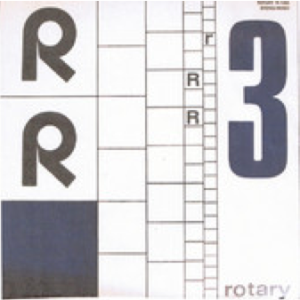 Another alias used by Stefano Torossi more than once is “Fotriafa,” seen most recently in the 1997 release of “Notte violenta” on the Suono libero Volume 2 compilation from Italy’s La Douce. This track first appeared on Un tema: Tante variazioni, one of at least two albums from the early 1970s, along with Guerra di cielo, di mare, di terra, in which he uses the Fotriafa pseudonym. Unlike “Farlocco,” this second alias chosen by Stefano Torossi, in his words, “means nothing.” Suono libero Volume 2 is currently available in both CD and LP format, including from the excellent music and information resource Discogs. In addition, “America, America” and “Mantecato,” two other tracks from Un tema tante variazioni, are found below. 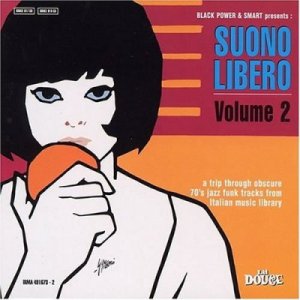 A video compilation of tracks from composer Stefano Torossi in which he was not officially credited on the original releases, including three from the early 1970s release Un tema: Tante variazioni under the alias Fotriafa “(America, America,” “Mantecato,” and “Notte violenta”); three with Franco De Gemini from the 1972 Si può fare molto con sette donne soundtrack (“Cheops And Nefertiti,” “What Is This Love,” with vocalist Melody, and “Bossa Beat,” which also features Alessandro Alessandroni); and five under the alias Farlocco from two 1974 Rotary albums, Tecnologia and The Swingers’ Jazz Video: Musiche di Farlocco (“Superpotenza,” “Stadio,” “Sensazioni,” and “Depressione”) is on YouTube:

This video LP featuring uncredited Stefano Torossi music found online is different than the recent the following video EP which showcases a trio of uncensored, fan-made videos using “Sweet Beat,” with Sandro Brugnolini, “Sixth Dimension,” with Giovanni Tommaso, and “Ray Ban,” performed by I Marc 4 and credited to Fotriafa, an alias of Stefano Torossi. The psychedelic NC-17 EP is HERE.

Amedeo Tommasi discusses “Ballata in forma di Blues,” his composition on Chet Is Back!, the 1962 album by the Chet Baker Quintet. 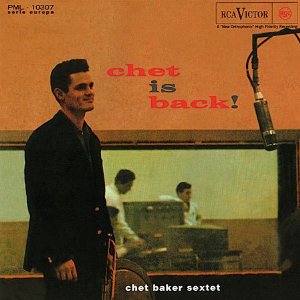 Recorded in Rome, the RCA LP features Chet Baker on trumpet, Daniel Humair on drums, Bobby Jaspar on tenor sax and flute, Benoit Quersin on bass, and Tommasi on piano.

Amedeo Tommasi’s video, uploaded to YouTube in April 2016, is here: