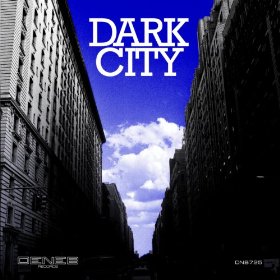 Dark City was originally issued on LP and was part of a series of albums the pair did that were, as Stefano Torossi recalls,

“intended for use on the air.”

Some of these albums have been released and others still remain in the record company vaults.

In 2014, a pair of tracks from Dark City, “Bad News” and “Blind Violence,” were included on the Police Department: Music for Chases to the Death compilation by ExtraBall Records. 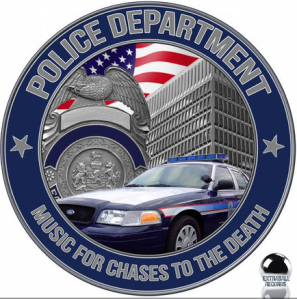 “Blind Violence,” the fourteenth track by Massimo Catalano and Stefano Torossi, is also currently available on Gerardo Iacoucci’s L’aventura album, renamed “Violence” and credited to G. Iacoucci & H. Caiage (which together and individually represent Iacoucci). The identical tracks are both available at iTunes among other music retailers.

Dark City, which was reissued by Flippermusic as Black Light in 2016, is one of several albums the two collaborated upon, starting as members of The Flippers on their 1960 debut album The Flipper’s Way when Stefano Torossi and Maurizio Catalano, Max Catalano’s brother, played double bass and Max played trumpet. Later Max Catalano and Stefano Torossi made the full length LP Musica per commenti sonori: Life Is A Trumpet in 1987 with Antonio Sechi for Costanza Records, reissued as Strumentali: Jazz in 1989 by Fonit Cetra.

Even at this very early part of his career, Stefano Torossi was already composing and arranging on several Flippers’ tunes including co-writing “Santa notte e Cha Cha Cha” and arranging “Bianco natale Cha Cha,” a holiday single The Flippers’ released in 1960. Torossi also wrote “Non gridar bambina” with Prosaico (Sergio Jacquier), the A-side of another RCA single released the same year. Max Catalano is in the middle and Stefano Torossi on the far right in the 45 back cover below. 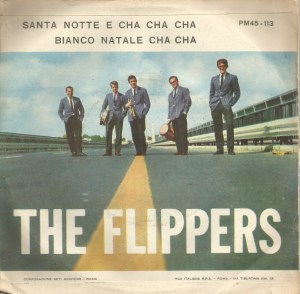 Stefano Torossi plays double bass and Max Catalano the trumpet on “Baci Cha Cha Cha,” a song that was featured in director Franco Rossi’s 1961 film Odissea nuda (Nude Odyssey), one of Torossi’s earliest appearances on a film soundtrack. Torossi is second from the left and Catalano on the far right in the 45 sleeve below [click image to enlarge].

“Non gridar bambina” by The Flippers featuring Massimo “Max” Catalano on trumpet, Maurizio Catalano on double bass, Romolo Forlai on vibraphone and vocals, Jimmy Polosa on piano, and Fabrizio Zampa on drum is on SoundCloud:

In 1987, Massimo Catalano, Antonio Sechi, and Stefano Torossi’s Musica per commenti sonori: Life Is A Trumpet was released on Costanza Records. Two years later, the identical tracks were on Fonit Cetra’s Strumentali: Jazz.

“The Fox Hunt,” “The Desperate,” “Chili Trumpet,” and “Renaissance” from these albums are currently found on an online Strumentali: Jazz EP:

In 1993, Massimo Catalano composed and played trumpet on “Nose Up,” a track on Commenti musicali: Young Music Young Ideas, an album produced by Stefano Torosi.

The CD is one of several, in addition to LPs, Torossi contributed to as either a performer or producer for Fonit Catra/RAI.

Massimo Catalano’s “Nose Up,” produced by Stefano Torossi, is on YouTube:

Among other projects Massimo Catalano and Stefano Torossi have done in recent years are three songs with Guido Cenciarelli: “Tragicomic,” “Process,” and “Thrills And Spills.” The first two appeared on BMG Production Music’s 2001 CD collection Neorealism: Italian Post-War Cinema and the the last, which involved an actual marching band, on HBO’s Curb Your Enthusiasm: Music From The TV Series (2006) CD on MelloDrama records.

Massimo “Max” Catalano started out in he South River Ragtime Band in the 1950s before joining The Flippers around 1960. During this time he also played with Louis Armstong’s band. Besides composing and performing music on numerous albums, Catalano was a noted personality on radio and television starting in the 1980s.

It also seems the same year Catalano released some music under the alias “Vivika,” along with Elvio Monti and Nevil Cameron on Terzo mondo (1972), an album by the small Italian label Iller that was recorded specifically for film, radio, and television. An MP3 rip of the rare vinyl LP, produced by Elvio Monti and Nevil Cameron, is currently available at the Boxes of Toys: Cosmic Music & more website, an exceptional resource for out of print and hard to find music, especially Italian library and jazz. Thanks to “Mr,” a contributor at the ever informative librarymusicthemes site, for sharing this previously unknown titbit about Max Catalano. 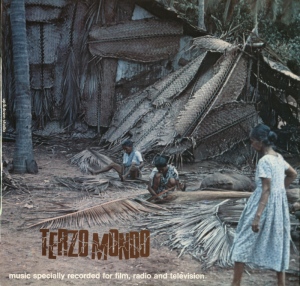 A clip of Max Catalano performing “I quattro ciucci” with a full band recorded in the 2010s has been uploaded to the Internet:

One more classic photo of Massimo “Max” Catalano and Stefano Torossi from their days with The Flippers. “Happy Cha Cha” was released as a 45 by RCA in conjunction with the film Un alibi per morire (An Alibi For Murder) in 1961. Stefano Torossi is on one end and Max Catalano the other of this image captured from the back of the 45 sleeve. Drummer Fabrizio Zampa, pianist Franco Bracardi, and vibes player Romolo Forlai complete the Flipper lineup depicted here.