Although the majority of Stefano Torossi’s extensive musical catalog from 1959 to the present is in the album or long play format, he has also done a couple dozen 45s, most of them released initially in the 1960s on labels including Carosello, CBS, Costanza Records, Durium, Italfon, Parade, and RCA. He appeared on several 45s in the 1970s, as well, two which are included in this latest installment of this site’s ongoing overview of 45 singles involving Stefano Torossi.

The following selections come from five A-sides he either performed on or wrote. The 45 singles were released by RCA, Costanza Records, CAM, and Dischi Numero Uno between 1961 and 1979. 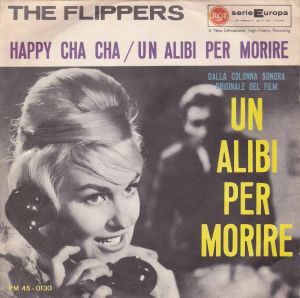 Both sides of the 45 were also used in director Roberto Monter’s 1962 film Un alibi per morire starring Alberto Lupo, Susanne Loret, and Pierre Brice. The movie is one of several dozen Stefano Torossi’s music would appear in over the next six decades including recent Hollywood titles such as director Jennifer Westfledt’s Friends with Kids in 2011 and Jean-Marc Vallée’s Dallas Buyers Club in 2013, both featuring collaborations with Federico Ferrandina, who also plays guitar on each track.

The photo on the back of the “Happy Cha Cha” 45 sleeve includes Stefano Torossi, Fabrizio Zampa, Franco Bracardi, Romolo Forlai, and Max Catalano.

The Flippers’ “Happy Cha Cha,” written by Bracardi and Marcello Gigante, is on SoundCloud:

Note: If any legal rights holders object to the posting of this track ripped from this correspondent’s personal collection, please drop a line and it will be removed immediately.

“Happy Cha Cha” is also the last cut of The Flipper’s Way, the 1960 debut album of the Italian pop group on RCA. In an era when singles outsold albums, it is not so surprising that all twelve cuts ended up on one or more 45 singles or EPs. 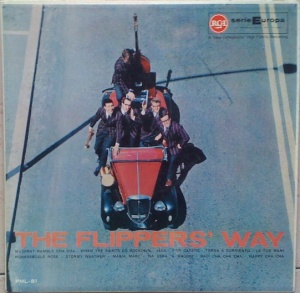 The track is one of eight on The Flippers’ Rarity Collection, released in CD by JB Production in 1996 and currently available as a digital download from iTunes and other online music sellers.

That’s Stefano Torossi playing the double bass on the cover, an image first used on the back sleeve of The Flippers’ “Baci Cha Cha Cha” (1962) single on RCA. Other players include, from right to left, Franco Bracardi (partial), Torrosi, Fabrizio Zampa, Romolo Forlai, and Max Catalano.

The Flippers’ “Bombolo,” by Mascheroni and Marf, showcases Massimo “Max” Catalano on trumpet, Romolo Forlai on vibraphone, Franco Bracardi on piano, Fabrizio Zampa on drums, and Stefano Torossi on double bass, from “Bombolo” (1962) on RCA (PM45 3059).

The composition “Bombolo” was first used in Stramilano, a 1929 documentary film by Corrado D’Errico that looks at life in Milano in this time period.

The Flippers’ “Bombolo,” written by Mascheroni and Marf, is online:

“Bombolo” is also one of sixteen tracks on At Full Tilt, The Flippers’ 1981 compilation album on RCA. In fact, Stefano Torossi only particpated on three cuts, doing arranging on “White Christmas” and playing double bass on “Bombolo” and “Dinah.”

In 2002, both “Bombolo” and B-side “Dinah” were included on The Flippers Flashback: i grand success by RCA. Although out of print, this 2-CD release as well as the RCA original vinyl records is not too difficult to find. 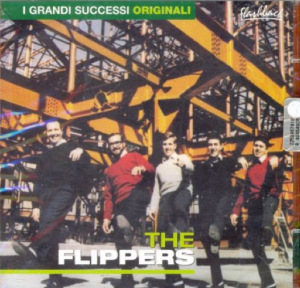 Stefano Torossi’s “Non importa,” the A-side of his 45 single of the same name, was released on Costanza Records (CO 2002) in 1968. This composition was used for the “Cordialmente” TV program in Italy the same year.

It also appeared on Musica per commenti sonori (1968), Torossi’s first full length album for the Italian label. This correspondent hopes some enlightened record company will reissue this in some format in the near future.

The single features an orchestra directed by Alessandro Alessandroni, who also directed the child actor Sven Valsecchi on vocals. The rare vinyl 45 released in 1977 by CAM (AMP 202) has two versions of the title track. One side is credited to Stefano Torossi only while the second is attributed to Filippo Ottoni and Torossi.

A short film clip using Stefano Torossi’s “Questo sì che è amore,” featuring Sven Valsecchi on vocals, is on YouTube–Torossi is pictured on the back sleeve with a guitar in his hand: 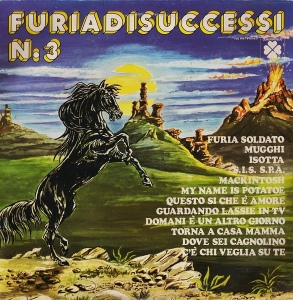 Four versions of the title track by Stefano Torossi, all with vocalist Sven Valsecchi, are on Stelvio Cipriani’s Questo si che è amore soundtrack released on CD by the Beat Records Company in 2014.

Old friends Alessandro Alessandroni and Stefano Torossi have worked on several albums together, including Alessandroni’s Fischio in armonia (1970) on SR Records and Torossi’s Musica per commenti sonori (1971) on Costanza Records (CO 10010), an album that will be examined more closely in the near future.

Here’s one favorite collaboration of Alessandro Alessandroni, Franco De Gemini, and Stefano Torossi, “Bassa Beat,” a high-octane composition by the trio of library music legends that originally appeared on the soundtrack for Si puo’ fare molto con 7 donne (1972), and later on several albums and compilations:

“Bassa Beat (aka Bossa Beat)” was also included on Alessandroni and De Gemini’s L’armonica a bocca (1972), an album Beat Records reissued in CD in 2014 that doubled the ten tracks found on the original vinyl release, which in some versions is credited to both composer-musicians and others just De Gemini. 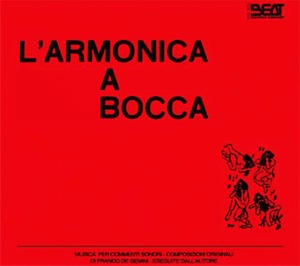 Lino Toffolo’s “Centomila perche’,” the A-side of his 45 single of the same name, was released on the Dischi Numero Uno label (ZBN 7139) in 1979, arranged by Pippo Caruso and written by Bruno Lauzi and Stefano Torossi.

This is just one example of music composed by Stefano Torossi focusing on children and themes related to young people. He also contributed several similar pieces for pair of Commenti musicali CDs by Fonit Cetra each entitled Children, released in 1991 and 1993, respectively.

One of the few albums of this genre by Torossi currently available is Children’s World, a 1988 compilation on Primrose Music which has been recently made available as a digital download by Flippermusic.

The first volume of an online sampler of Stefano Torossi-related music covers 1960 to 1969. The fourteen tracks include an A-side with The Flippers from their “Non gridar bambina” (1960) on RCA Camden, an A-side of their “Happy Cha Cha” (1961), both sides from their “Bombolo” (1962) on RCA Victor, and a B-side from Orchestra Da Ballo Italfon’s “Quando calienta il sol” (1962) on Italfon. Five cuts from Stefano Torossi’s Musica per commenti sonori (1968) on Costanza Records (CO 10002), including “Non importa”–also released as an A-side, and four from his Musica per commenti sonori (1969), with Sandro Brugnolini (CO 10005) complete the sampler.

The 1960s compilation of pop, jazz, rock, and funk music performed or composed by Stefano Torossi is here:

And for like-minded cinephiles, particularly those drawn to silent films and early talkies, this trailer for Corrado D’Errico 1929 movie Stramilano uncovered when researching the origin of “Bombolo” offers an interesting collection of images from various businesses, factories, and some of the people in Milano during this time period: